USD fraternity receives the highest international award
for the seventh consecutive year during an international event in Memphis, TN

Memphis, TN — For the seventh straight year, The Pi Kappa Alpha (PIKE) Fraternity at the University of South Dakota has received The Pi Kappa Alpha International Fraternity’s most prestigious award – the Robert Adger Smythe Award on Saturday, August 3. With over 600 PIKES and guests in attendance, the USD PIKES were honored with this recognition during The Academy, a signature event of PIKE University, the fraternity’s educational arm.

The Smythe Award, named after Junior Founder Robert Adger Smythe, is presented once a year. Chapters who receive this honor have achieved academic excellence, contributed to their community through service and philanthropic events, distinguished themselves as leaders on campus, and lived by the values of the Fraternity. It is the fraternity’s preeminent honor. The Smythe Award recognizes the top percent of Pi Kappa Alpha chapters. There are more than 220 chapters in the United States and Canada.

During the 2018-19 academic year, the USD PIKES produced the following accolades:

The Smythe Award honors the dedication and passion of young men who are committed to the motto of Scholars, Leaders, Athletes, Gentlemen – Pi Kappa Alpha’s cornerstones – while supporting the community and each other. Chapter president Logan Rahn, a third-year Business Marketing student from Sioux City, IA, is honored to be part of this brotherhood. “Being a PIKE at USD is an honor because of the men who belong to our chapter,” Rahn said. “Our fraternity enhances the college experience, and we would not have this success without the passion of our brothers, alumni, and advisors have for the chapter. It’s an honor to be a USD PIKE.”

In addition to the Smythe Award, the chapter was bestowed the following top honors, respectively: 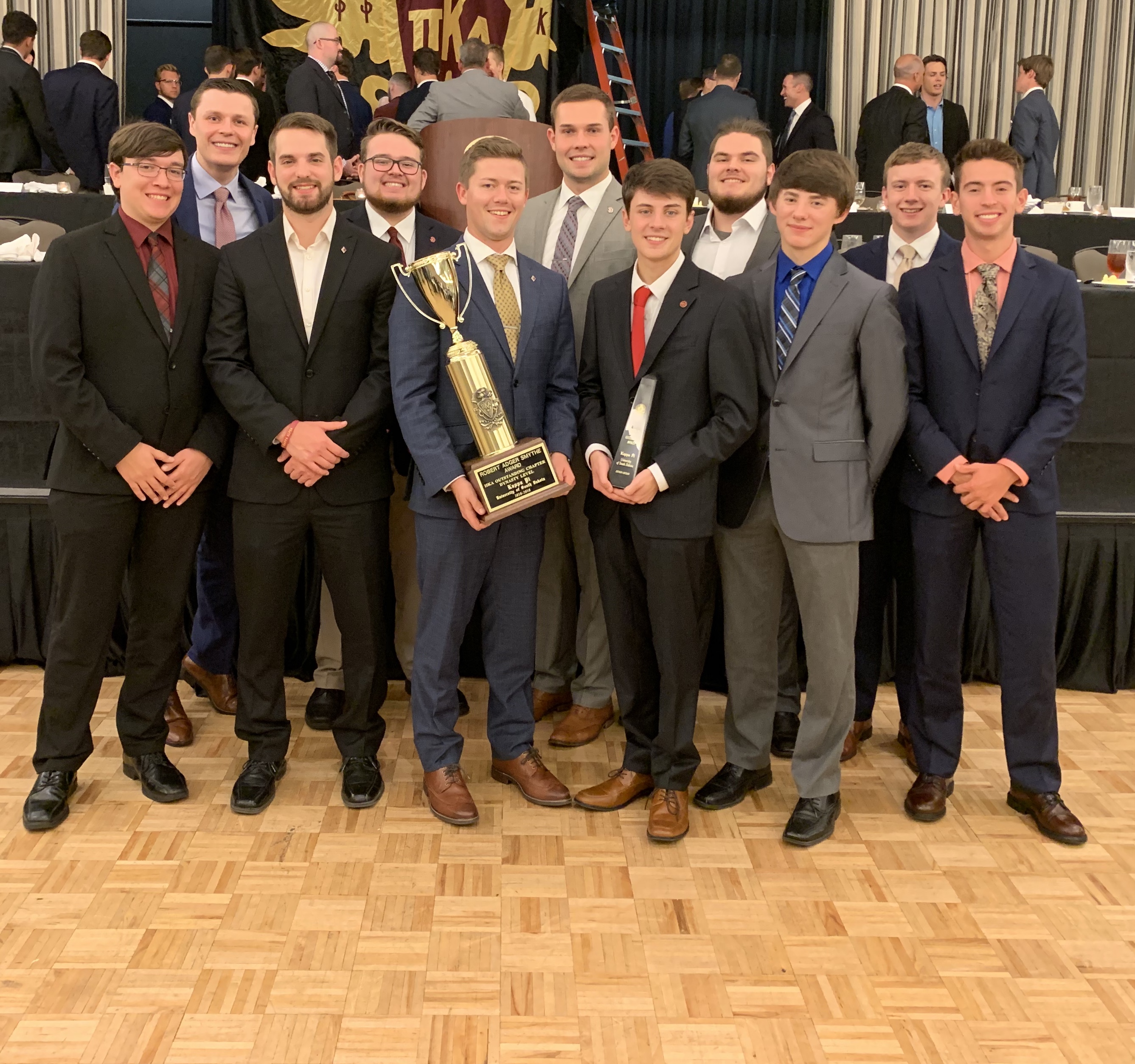